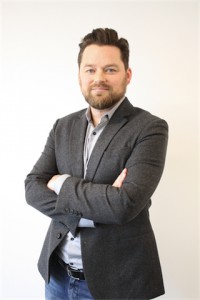 Bacon was previously Endemol Shine’s director of international brand relations and has worked at Google as head of premium content solutions in EMEA.

He will report to Blend CEO DamianCollier, and will be responsible for Blend’s brand and agency relationships in the UK and Europe.

Jukin exec Bond becomes SVP of licensing, and will have a similar post to Bacon, but based in the US.

Blend is the brainchild of Viral Spiral founder Collier, who recently secured investment from co-founder and CEO of The LADBible Group Alex Solomou, co-founder and former president of Maker Studios Ben Donovan, and senior execs from ITN Productions, Bartle Bogle Hegarty and Bell Pottinger for his new business. “The demand for Blend’s services has grown exponentially over the past year,” said Collier. “Bringing on board outstanding new talent such as James and Greg will add a wealth of additional experience to our senior commercial team.

“Their collective backgrounds in licensing and brand partnerships, will allow Blend continue its rapid expansion on both sides of the Atlantic. I am thrilled to welcome them both on board.”