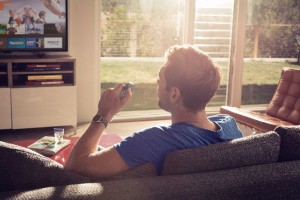 Amazon is set to launch its new Fire TV Stick with Alexa Voice Remote in the UK and Germany in April.

Amazon said the new streaming device is up to 30% faster than the original Fire TV Stick, has a redesigned interface and is the first UK and German version to ship with an Alexa Voice Remote included.

The device is available to pre-order now in both countries, priced at £39.99 and €39.99 respectively, and will ship to customers in the UK on April 6 and in Germany on April 20.

“The all-new Amazon Fire TV Stick has been completely redesigned with incredible performance, powerful voice search and the included Alexa-powered remote to deliver fast access to a vast selection of movies, TV shows, games and Alexa skills – all for just £39.99.”

The new interface offers video trailers and content screenshots to help customers find content without the need to open and close multiple apps.

It is also designed to direct users to the best viewing options – whether it be stream, rent, or buy – to help them choose apps based on convenience and value.

The launch comes after Amazon released the updated version of its Fire TV Stick in the US last September, priced at US$39.99.