AMCNI said the agreements and channel launches, which span its brand portfolio, stand to significantly boost its regional growth in key markets.

In Central Europe, AMCNI has partnered with Slovak Telekom / DIGI Slovakia and AMC is now available as a 24/7 linear channel nationally.

In Iberia, the Crime + Investigation channel is now available on the Euskaltel platform in Spain’s Basque Country as part of the joint venture between AMCNI Iberia and A+E Networks International.

AMC has bolstered distribution in Poland as part of a new partnership with DTH platform Cyfrowy Polsat. The channel carries advertising with sales managed by Polsat Media from Cyfrowy Polsat Group. 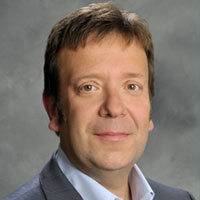 “As 2017 gets underway, AMC Networks is enjoying outstanding regional growth, strengthening our international brands and delivering our bold, distinctive programming to new audiences.”

The news follows a string of other recently announced partnerships and launches, including: a new deal with the United Group to launch AMC in the Balkan region; AMCNI Iberia’s partnership with MEO in Portugal to launch SVOD service Machinima; the launch of horror channel Dark on Movistar+ in Spain.