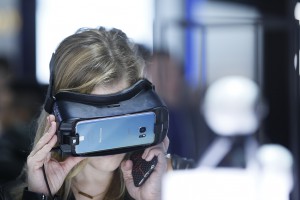 VR device shipments will reach a total of 110 million by 2021, with the industry to benefit from a “swath of new and compelling content choices”, according to ABI Research.

The new report claims that while mobile device-reliant virtual reality (VR) shipments — such as Samsung Gear VR and Google Daydream— dwarf today’s other VR device types, standalone devices will see a 405% compound annual growth rate (CAGR) through 2021. This compares to a CAGR of just 42% for mobile VR.

“Mobile VR built a solid foundation for the overall market over the past few years, but standalone VR devices will eventually drive it,” said ABI Research senior analyst, Eric Abbruzzese.

The research predicts that the influx of standalone VR devices will expand the use cases of VR from today’s gaming-focused market.

ABI estimates that the total VR market will reach US$64 billion by 2021, with non-gaming software and content, VR advertising, and VR-related video revenue to represent a “significant proportion” of this.

VR applications in retail and marketing are expected to experience a 124% CAGR through 2021, while video, education, and tourism are tipped to also see “significant growth” – even though they are not forecast to be as large as the gaming market.

“However, there is the less understood market of mixed reality (MR) on the horizon. MR incorporates elements of augmented reality to VR devices, as evident in Intel’s Alloy reference design. Associated machine vision technology like RealSense or Google’s Tango opens a compelling AR/VR hybrid opportunity on the mobile platform.

“Taking the best of both AR and VR will open up the enterprise market further, and will enable entirely new use cases and applications not yet conceived.”