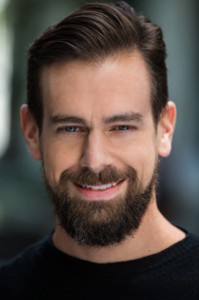 Twitter is focusing on connecting its users faster with “their interests and topics they care about” as part of its broader push into video.

Speaking on the company’s fourth quarter earnings call yesterday, Twitter CEO Jack Dorsey said that its focus is to match people with interests, which includes being able to watch an event directly on Twitter.

“The Explore tab is one area that you’ll be able to go to for any live event but we’re also looking at other areas that gets you to that much faster if you express an interest in a debate, for instance, or in a game or in a new show or entertainment,” said Dorsey.

“This is the focus of the team and something that we’re going to make a lot of progress on this year.”

The comments were made in response to a question about why it is “so hard to find live shows” on Twitter and whether the service planned to introduce a dedicated live viewing tab.

Speaking earlier on the call, Dorsey said that Twitter is investing a lot in making sure that it applies machine learning more broadly around its entire experience.

This followed a question about whether or not a “longer-form video product” would be one of Twitter’s ‘bigger bets’ for 2017.

“We’re looking at a lot of opportunities to organise all the tweets around relevance but also around the topics and the interest and the passions that people care about,” said Dorsey, pointing out that Twitter already had made a “big bet” by bringing live streaming to the platform.

“We have a really unique differentiator in Twitter, and that people come to us because of interest and build interest networks around that, and we think there’s a lot of room for new experiences around that.”

Twitter said in its Q4 earnings announcement that it attracted 31 million unique viewers to live premium video in the first quarter of operations, with 600 hours of live content from partners streamed across about 400 events.

The social network said that 52% of the 600 hours of live premium video aired in the quarter was sports content, while 38% was news and politics and 10% was categorised as entertainment. In live sports, the social network’s 10-week NFL #TNF programming was the major highlight of the fourth quarter.