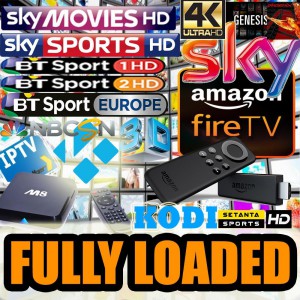 Five people have been arrested in North West of England as part of a crackdown on the sale and distribution of illegal TV set-top devices.

The raids on the homes of the suspects turned up Kodi devices pre-loaded with unlicensed add-ons and apps that allow users to illegally stream premium TV channels, live sport and films, according to FACT.

The IP body claimed that collectively the suspects may have made “in the region of £250,000” selling these boxes via social media, online forums, and their own dedicated websites.

Kieron Sharp, director general of FACT, said the action “should send out a clear warning to anyone involved in the sale and distribution of illegal set-top boxes that law enforcement and industry take this matter very seriously.”

Detective Inspector Neal Colburn, of Greater Manchester Police’s ‘Asset Attack Team’ said: “Operations such as these are a vital means of protecting jobs supported by the entertainment and creative industries which are a vital part of the UK economy.”

The five suspects who were arrested ranged in age from 33 to 60 and were all released on bail pending further enquiries.

The software lets users play and view streamed media from the web and is customisable with plug-ins – including ones that let users access movies, pay TV channels and sports for free.

Christopher Schouten, senior director of product marketing at digital TV security firm Nagra said: “It’s great to see that action is being taken in the UK to combat this increasingly popular form of piracy. It’s important to do so, because the industry loses more than £70 billion per year globally in revenue to this and other kinds of content theft.”

In December 2016 the first prosecution of illegal set-top box sellers was made in England. The case, which was brought by the Premier League with support from FACT, resulted in one set-top box supplier being sentenced to four years in prison and a second receiving a two year suspended sentence.