Discovery is pushing further into drama with The Suck, a ten-part Vietnam war series being produced by Lionsgate.

The deal comes after Discovery and Liberty invested in the US independent studio, and as Lionsgate boss Jon Feltheimer told investors the company is growing its strategic relationship with Discovery.

The Suck will go out on Discovery in 2018. The ten-episode series is based on an unpublished memoir by Vietnam veteran and former Greenpeace International executive Stephen McCallister and offers up a different view of the conflict.

Ed Zwick and Marshall Herskovitz count Nashville and thirtysomething among their credits, and will showrun the series. 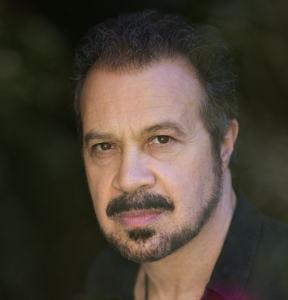 “We are so lucky that Ed and Marshall, who have created so many indelible characters and unforgettable stories, are now taking Discovery viewers on a new journey,” said Rich Ross, Group President of Discovery, Animal Planet, Science Channel and Velocity.

“It’s great that we get to partner with the Lionsgate team to bring it all to life.”

“This series brings together an incredible property, the brilliant creative team of Ed Zwick and Marshall Herskovitz and the perfect partner in our friends at Discovery,” added Lionsgate Television Group Chairman Kevin Beggs.

Discovery has been dabbling with drama. It has also talked about generating drama from its international division, although there has been a high turnover of execs in the international programming team putting a question mark over this part of the scripted strategy.

The Suck will be its second project with Lionsgate after Manhunt: The UNABOMer.

Liberty and Discovery bought into Lionsgate in late 2015. Liberty-backed US premium cabler Starz was also recently acquired by Lionsgate.

Speaking to analysts in the wake of its latest earnings yesterday, Lionsgate CEO Feltheimer said: “I’m pleased to report that we continue to grow our strategic relationship with David Zaslav and his team at Discovery, as they build their presence in long-form scripted programming.”

He added that Lionsgate is working with the international of Liberty. “I would also note that we’re exploring a number of the exciting projects with another major strategic partner, Mike Fries and his team at Liberty Global, including the development of a series about [Liberty and Discovery-backed] Formula E race car drivers to be produced by Pilgrim Media,” Feltheimer said.