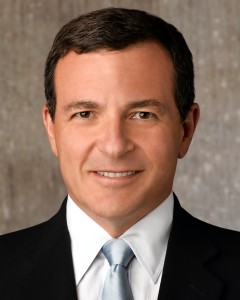 The Walt Disney Company CEO Bob Iger is “open” to postponing his retirement and staying in his role beyond his current 2018 exit date.

The saga over Iger’s successor has been running for nearly half a decade, with the widely-respected executive previously postponing an expected 2016 retirement date to remain until June next year.

With touted replacements such as Thomas Staggs and Jay Rasulo no longer in the frame, and a succession plan looking far from completion, Iger told analysts on a conference call yesterday he could stay on again.

“I’m going to do what’s in the best interest of this company, which is something the board’s clearly going to help determine,” said Iger.

“While I’m confident that my successor is going to be chosen on a timely basis and chosen well, if it’s in the best interest of the company for me to extend my term, I’m open to that.”

Despite claiming there was a “good, strong succession process underway”, there was “nothing specific to announce at this point”.

Iger has been with Disney-ABC companies for 43 years, ultimately succeeding Michael Eisner as CEO in 2005. He has since overseen the transformational acquisitions of Toy Story producer Pixar Animation, Marvel Entertainment, and Star Wars rights holder Lucasfilm.

His comments came after Disney’s latest quarterly results for the three months to December 31, 2016, in which the media networks division, which houses ABC and Disney Channels Worldwide, took revenues of  US$6.23 billion (€5.82 billion), down 2% on the US$6.33 billion the previous year. Within that, cable networks were down 2% at US$4.43 billion and the ABC broadcast network flat at US$1.81 billion.

Operating income was down 11% at the cable division, coming in at US$864 million, while the broadcast segment grew 28% to reach US%379 million.

Disney pointed to lower equity income from its stake in A+E Networks and equity losses from buying into BAMTech as reasons for a US$119 million fall in income of company investees.

Earlier this month, Laurene Powell Jobs cut her stake in Disney in half to around 4%.