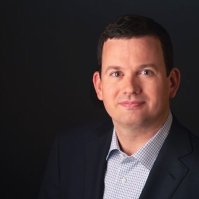 Twerdahl, who has also previously worked for Roku and Netflix, confirmed his new role as a VP at Apple on his LinkedIn profile.

Before his three-year stint at Amazon, Twerdahl worked for three years as vice president of products at Android smartwatch-maker WIMM Labs – a firm which was acquired by Google in 2013.

Prior to this he was senior director of internet TV at Netflix from 2007 to 2008 and vice-president of consumer products at Roku from 2008 to 2009.

News of the hire comes after Apple CEO Tim Cook said in the company’s recent Q4 earnings call that it is learning a lot about the original content business and is “thinking about ways that we could play” in that space.

Cook cited changes to the media industry and said that he expects Apple’s participation to accelerate as the cable bundle begins to break down, with its Apple TV set-top providing a firm grounding for doing so.

Referring to Apple’s set-top box offering, he said: “We started the new Apple TV a year ago, and we’re pleased with how that platform has come along. We have more things planned for it but it’s come a long way in a year, and it gives us a clear platform to build off of.”