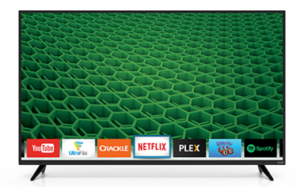 TV maker Vizio has agreed to pay US$2.2 million to settle an FTC lawsuit challenging its collection of TV viewing data without consumers’ knowledge or consent.

The US Federal Trade Commission (FTC) and the Office of the New Jersey Attorney General charged Vizio with installing software on its TVs to covertly collect viewing data on 11 million consumer TVs.

The complaint stated that, starting in 2014, Vizio and an affiliate company manufactured Vizio smart TVs that capture “second-by-second information” about video displayed on the TV – including over-the-air broadcasts, DVDs and content delivered over cable, broadband, set-top box and streaming devices.

Vizio sold this information to third parties, who used it for various purposes, including targeting advertising to consumers across devices, according to the complaint.

The federal court order said that Vizio is required to “prominently disclose and obtain affirmative express consent for its data collection and sharing practices”.

“According to the complaint, Vizio touted its ‘smart interactivity’ feature that ‘enables program offers and suggestions’ but failed to inform consumers that the settings also enabled the collection of consumers’ viewing data,” said the FTC in a statement.

“The complaint alleges that Vizio’s data tracking – which occurred without viewers’ informed consent – was unfair and deceptive, in violation of the FTC Act and New Jersey consumer protection laws.”

Vizio general counsel Jerry Huang said that the resolution it struck with the FTC and the New Jersey Division of Consumer Affairs “sets a new standard for best industry privacy practices” and stressed that Vizio never twinned viewing data with “personally identifiable information” such as name or contact information.

“The practices challenged by the government related only to the use of viewing data in the ‘aggregate’ to create summary reports measuring viewing audiences or behaviours,” said Huang.

“Today, the FTC has made clear that all smart TV makers should get people’s consent before collecting and sharing television viewing information and Vizio now is leading the way.”

Vizio’s US$2.2 million payment consisted of a US$1.5 million payout to the FTC and US$1 million to the New Jersey Division of Consumer Affairs, with $300,000 of that amount suspended.