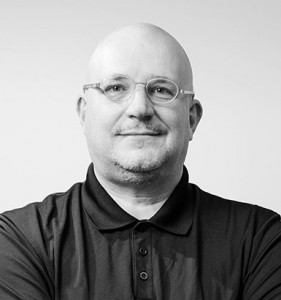 SubVRsive announced the appointment at the same time as it revealed that ad giant WPP had invested US$4 million into the business – funds it will use to accelerate growth and build the team.

founder Austin Mace to work closely with the executive in his new role as chief creative officer.

“Between the recent investment by WPP and the appointment of Johannes as our CEO, we’ve created a strong foundation on which to build,” said the company in blog post.

“We look forward to what’s to come as we continue to push the boundaries of storytelling in Virtual and Augmented Reality.”

SubVRsive was founded in August 2015 with a mission to “create unforgettable VR experiences that help brands engage their audiences more deeply than ever before”.

Since launching, the firm has worked to create virtual reality experiences for a number of brands – including broadcasters and media companies like MTV, Showtime Networks and Lionsgate.

Larcher worked at Hulu between 2009 and 2013 as senior-vice president of international.

Taking responsibility for all the SVOD company’s business outside the US, he oversaw Hulu’s 2011 launch in Japan and explored new market opportunities for other territories like the UK and Australia – even though the firm never launched in there.

Since leaving Hulu Larcher has held a number of advisory roles, working with companies including Lionsgate and Saban Capital Group.