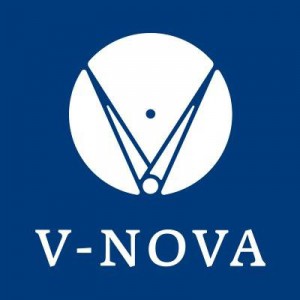 Video compression specialist V-Nova has acquired the global patent portfolio of video imaging outfit Faroudja Enterprises. The pair did not disclose the terms of the deal.

V-Nova said that the acquisition of the patent portfolio represented a strong investment by the company in its own long-term technology roadmap. It said that the Faroudja pre- and post-processing technology would further improve the efficiency of V-Nova’s Perseus compression codec, which the company says can deliver video at very low bandwidth, opening up the possibility of delivering TV services over 2G phone networks as well as delivering high-resolution video over bandwidth-constrained terrestrial fixed networks.

The acquired patent portfolio consists of the Faroudja pre-processor – for use prior to compression – and post-processor –after compression decoding – platforms. The system includes techniques for video enhancement such as multidimensional video processing as well as the use of a support layer in parallel with the conventional compression path.

According to V-Nova, the Faroudja technology can enhance the performance of compression standards such as MPEG-2, H.264 and HEVC as well as its own proprietary Perseus codec.

Fabio Murra, SVP of marketing at V-Nova, told DTVE that V-Nova intends to use the patents to enhance its own proposition. “It is very complementary to Perseus – it uses techniques that we can use in Perseus,” he said adding that the combination of Faroudja’s image conditioning and V-Nova’s compression technology would deliver better results than either can do on its own.

Murra said the Faroudja approach could help deliver improvements for Perseus as easily as it could for other codecs such as MPEG-4 and HEVC. He said that V-Nova had already worked with other compression providers such as Thomson and Harmonic to use the latter’s filtering technologies to enhance its own software.

“This acquisition doesn’t take away from the work we have done so far. It allows us to take a leap forward to combine the two to get a better performance. Having this access means we can better tune both technologies,” said Murra.

Murra said that V-Nova’s model of selling software packages would not change, and said the company did not intend to license Faroudja’s patents separately from its own software.

“The market is in flux. We are positive about Perseus for video delivery over IP networks. There will be more and more services over managed and unmanaged networks, and more HD and 4K,” he said, adding that mobile and DSL networks are not ready to provide the kind of Quality of Service available on broadcast networks. “This bottleneck will have to be eliminated.”

Murra said that while new compression technologies and investment in high-bandwidth networks such as 5G could help solve the problem, it will take a while for these to emerge. He said Perseus could help deliver results more quickly and argued that concern about a need for standards-based technology is being superseded the emergence of software-based solutions and by the growing capabilities of consumer electronics hardware.

“The market is open to solutions that work. While standards are developed in order to have a silicon footprint in cheap consumer devices, now with software being more widespread, and devices being more capable, that is not the major requirement,” he said.

“It is more about speed of deployment and people being open to technologies that work.”

Faroudja Enterprises was founded by video pioneer and multiple Emmy Award winner Yves Faroudja, who holds over 80 patents. According to V-Nova, these technologies are capable of delivering bandwidth efficiency improvements of 30-35% over existing compression techniques.