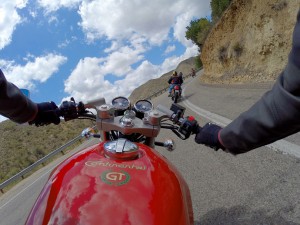 Camera maker GoPro claims that video uploads to YouTube, with ‘GoPro’ in the title description or as a keyword, were up 35% year-on-year in 2016.

Speaking on the company’s fourth quarter earnings call, COO Charles Prober said that more than 22 years’ worth of uploaded content to YouTube was attributed to GoPro last year.

“On the consumption side our fans watch more than 78 million hours of this GoPro related content, an increase of 86% year-over-year,” said Prober.

The company, which makes cameras geared towards action sports, also said that it gained almost six million new followers to its social media accounts, reaching a total of 25.5 million followers.

“Social media views of GoPro content reached approximately 238 million, up over 40% year-over-year, driven by a 160% year-over-year increase in views on Facebook,” said the company in its earnings announcement.

The figures were a brightspot in an earnings announcement that failed to meet expectations.