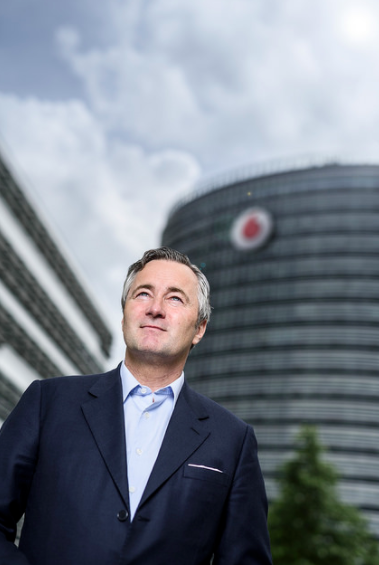 Vodafone Germany is to launch a new advanced TV platform, GigaTV, in February. The platform, which will integrate linear TV, on-demand video and apps from streaming services as well as multiscreen access to content via smartphones and tablets, will be available over the former Kabel Deutschland cable network.

The GigaTV box will include a 1 TB hard drive and will be able to play Ultra HD TV content. Ametsreiter said that the service would also include universal search.

GigaTV with a set-top box will be available exclusively on cable for €14.99 a month, but an app-only variant, providing TV streams to multiscreen devices, will also be available for €9.99. Google Cast and Apple Airplay functionality is not yet available.

Both variants will allow users to receive up to three streams simultaneously.

HD services will cost an additional €9.99, with a premium package available for €19.99.

According to Bild, Vodafone plans to introduce new features including the ability to control the service via Amazon’s Alexa personal assistant.

The news came as Vodafone posted its Q3 numbers globally. In a quarter where its earnings were hit by mobile price competition in India and a tough UK market, Vodafone grew its global TV customer base by 100,000 in the course of the three months to December to reach 9.7 million customers. Overall, the fixed and mobile operators has 14.7 fixed broadband customers with 417,000 added over the quarter, including 339,000 in Europe, of which 76% were on-net customers.

In Germany, Vodafone had 7.8 million TV customers at the end of December.  Fixed-network revenue grew by 4.8% in the third quarter and the company had 110,000 broadband customers, including 77,000 cable customers.

Intense competition in India and pressure in the UK market contributed to an overall 3.9% in the group’s revenue in the quarter to €13.7 billion.

“In AMAP [Africa, the Middle East and Asia Pacifc], our strong organic performance in South Africa and Turkey was partially offset by India, where the sector is affected by free services from the new entrant. We anticipate intense competitive pressure in India in the fourth quarter and are taking a series of commercial actions, including the extension of 4G services to 17 leading circles. As announced earlier this week, we have also entered discussions with the Aditya Birla Group about an all-share merger of Vodafone India and Idea. We are reconfirming our guidance for the year and are confident that we will sustain our commercial momentum.”