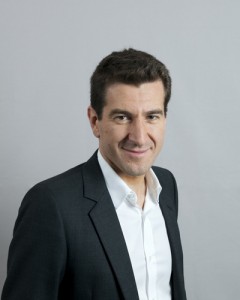 Mediawan plans to use its acquisition of AB Group to build “the leading premium content platform in Europe”, combining production and channel distribution, according to Lazard France CEO Matthieu Pigasse, one of the three principals behind the creation of the publicly listed investment outfit.

Speaking on a conference call after the AB Group deal was announced yesterday, Pigasse said that Mediawan had done “a very clever deal” for its first acquisition at a low multiple, meaning that it had not “used all the cash raised at its IPO”.

He said the group now planned to create a major European platform marrying premium content creation and distribution by making other bolt-on acquisitions. Without being specific about the companies targeted, Pigasse said that the discussions for further acquisition were at an advanced stage and Mediawan could make further announcements in the coming weeks.

Pigasse said that the group believes that the content market in Europe is attractive and increasingly successful, with series now being sold to multiple countries at attractive prices.

He said that the group believes AB Group has potential to grow rapidly through multiplatform exploitation of rights.

Also speaking on the call, Iliad Telecom founder Xavier Niel said that the acquisition of AB Group was “a great opportunity for Mediawan” which aimed to become a major player in European content production. He said the deal was “a unique starting platform” for this project and added that Mediawan had “the potential to become a leader” in premium content creation in French-speaking Europe.

Pigasse said that the three Mediawan founder – himself, Niel and Troisième Oeil Productions founder Pierre-Antoine Capton – had “extensive experience” in the media industry and in building and expanding media companies. Capton’s company is the largest independent producer in France, while Pigasse and Niel jointly own newspaper Le Monde and magazine L’Obs. Pigasse is also a major shareholder in the French edition of Huffington Post.

In Iliad Telecom/Free, Niel has also built a major multi-play service provider in France, with a significant share of the country’s large IPTV market as well as a growing share of its mobile base.

Pigasse said that Mediawan had identified AB Group as its best first target in part through a close relationship with the company’s founder and majority shareholder Claude Berda.

“We are highly confident that we have the ability to build on to AB Group’s platform and become a leading content producer, provider and distributor in Europe. Together with AB Group we will be invincible,” said Pigasse.

Development of channels as well as production is central to the vision. Mediawan aims to build up AB Group’s production capability to capture a larger share of audience, but Pigasse said there was also strong potential for growth through exploitation of multi-platform rights and OTT.

He said that AB would also seek to aggregate premium content through the further acquisitions Mediawan has in mind, strengthening its channel portfolio. Pigasse said that the group planned to launch new channels aimed at an international market as the “first step” to future acquisitions.

Also speaking on the conference call, AB Group CEO Orla Noonan said that the company was “increasingly active in the international market” with international accounting for 20% of distribution revenues.

In terms of development of the company’s portfolio of channels, Noonan said that Africa had been identified as a key growth market alongside the company’s core markets of France, Belgium and Switzerland. She said that AB Group plans to launch a dedicated channel for Africa in 2018.

In an interview with French financial daily Les Echos, the three Mediawan founders made the scope of their ambition clear, with Capton identifying Netflix and Amazon as markets for the group’s content.

Pigasse said that further acquisitions would “probably” be announced before Mediawan’s shareholders’ meeting on March 13. He said that the group was in advanced talks with four European companies and in informal talks with about 10.

Pigasse said that Mediawan had the capability to raise about €1.5 billion in total, including debt. The AB Group acquisition will be partly funded by debt to the tune of €130 million.

In the Les Echos interview, the trio were more explicit about their ambitions on the channel side. Capton said that the AB Group channel portfolio – currently comprising about 20 services – would be extended and rebranded, with further thematic services to be launched in the future.