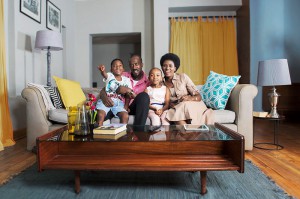 Kwesé TV, a new satellite-delivered pay TV service for Africa, has launched in Ghana, Rwanda and Zambia, marking the first stage of a phased rollout across the continent.

Viewers in these countries can access the service via Kwesé’s satellite and set-top-box, with customers able to access the Econet Media-owned operator’s full ‘slim bouquet’ of around 60 channels for US$25 per month.

In a Facebook post ahead of this week’s launch, Zimbabwean businessman and founder of parent company Econet Wireless, Strive Masiyiwa, said that Kwese TV will roll out to another 18 countries by June.

Asked specifically about availability in Zimbabwe, he said that while this was an intended launch country, Kwese has yet to receive the necessary approvals there.

“As soon as that happens we will get Zimbabwe up and running within a matter of weeks,” he said.

Customers with a Kwese set-top box will also will also get access to the Kwesé Free Sports Channel – which airs premium content such as English Premier League and NBA basketball – as well as to one local free-to-air national channel, even if they don’t subscribe to the pay channels.

“We found that people who buy a set-top box and satellite dish feel penalised by the fact that, if they run out of money, they have no access to any content,” said Masiyiwa, commenting last week.

“Our research showed that the payment method of a monthly subscription is too heavy for some people. They really want flexibility.”

Econet Media president and group CEO, Joseph Hundah, said that the launch of Kwese TV “completes the story we started telling 18 months ago.”

The rollout follows the launch of the Kwese app in Kenya, Rwanda and Malawai and the broad African rollout of the free-to-air Kwese Free Sports channel.

“We have spent the past few months building this diverse media company which will showcase the very best in international content and act as a platform to showcase the best that our continent has to offer,” said Hundah in a statement to mark the launch of Kwese TV.

Kwese has signed a number of deals in recent months, including an exclusive tie-up with Vice Media to launch its Viceland channel in Africa.

“We’ve limited the number of channels to about 60 for the time being. Our focus has been to try to get content which most competitors don’t have, on an exclusive basis. Where we have channels that others have, they have to be ‘must haves,’ such as news channels,” explained Masiyiwa via social media.

He added that being able to watch TV on-the-move via the Kwese app is an important part of the company’s strategy, as research indicates that in Africa more people have access to a smartphone (200 million) than a TV set (60 million) and 60% of Africans are under the age of 30, making it a “continent of millennials.”

Kwesé Free Sports is currently available in Kenya, Rwanda and Malawi and via affiliate partner stations across Africa – including in Ethiopia, Nigeria, Congo, Uganda and Senegal.