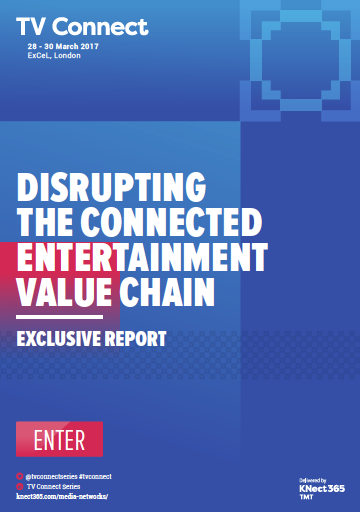 Amazon was crowned the most innovative company ahead of Netflix in a new survey of international industry professionals.

The industry survey was commissioned by the organisers of TV Connect event and found executives considered Amazon the top innovator, ahead of its arch SVOD rival Netflix.

UK pay TV platform Sky ranked third ahead of Google/YouTube. UK pubcaster the BBC was fifth, making it the highest ranked broadcaster in the survey. HBO was the only other programmer and channel operator to feature, ranking thirteenth.

With the OTT players topping the chart, the survey also asked the operators of streaming services about their reading of the market. The operators said that how to create a joined-up service across multiple territories is the number one concern, as they seek to expand.

The complexity of coordinating a global launch was considered the number one challenge among OTT operators. The other chief concern, ranking closely behind, was piracy and security as well as the impact of changing pay TV model.

Brett Sappington, senior director of research at Dallas-based Park Associates, was interviewed for the Disrupting the Connected Entertainment Value Chain report that was produced in the wake of the survey.

He said that global rollouts remain a challenge for the OTT players. “Competing in the global market is challenging for a couple of key reasons,” he said. “Firstly, because content doesn’t necessarily travel well across all borders. And secondly because you have to market your service uniquely for each country and region.”

The report noted the failure of Shomi in Canada and Watchever in Germany, which highlight the challenge of making OTT work. It also drew attention to the OTT players who are succeeding with targetted services such as WWE, Crunchyroll and Drama Fever.

Sappington said there is potential for further standalone OTT platforms “based around areas of passion that have emerged with the youth and millennial audience. I think one area that might develop in this way is the growing field of e-Sports”.

The full report is available via the TV Connect site.