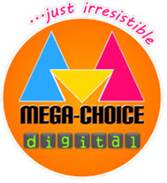 Ghana’s Mega-Choice Digital Network has signed a 10-year contract with Eutelsat for distribution of its new direct-to-home (DTH) TV service.

Mega-Choice, an associate company of Ghana’s first private television network Crystal TV, has taken capacity on the Eutelsat 16A satellite.

It will initially offer its TV service to viewers in Ghana, but plans to extend to other West African markets as part of a second phase of growth.

The new platform will offer a mix of free-to-air and pay channels with a particular focus on news and entertainment.

Its pay TV line-up will include a number of channels from SPI International/Filmbox Channels Group, such as Filmbox Africa, Filmbox Arthouse and Filmbox Action.