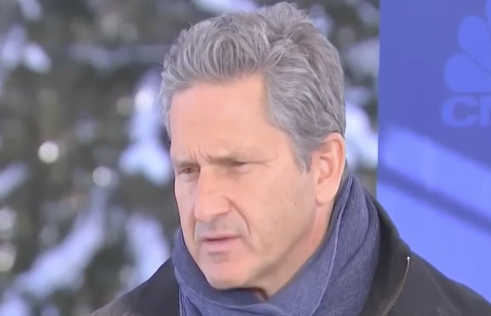 Mike Fries on CNBC at Davos

Liberty Global chief Mike Fries has said he is concerned about the possible economic knock-on effect of Brexit on consumer confidence in the UK, particularly if firms begin to scale down investment in the country.

Interviewed by CNBC at the World Economic Forum in Davos, Fries said that Liberty Global had no plans to scale down its UK investment as a result of Brexit. However, he said that the process is causing some anxiety for the company, which generates £5 billion in revenues from the UK market.

“We are all anxiously awaiting the process and how it will unfold. I thought the comments yesterday [prime minister Theresa May’s speech] were well-received. My concern is [what happens] if consumers start to bear the brunt of this a bit, if people stop investing, if industry slows down and there is a trickle-down effect on consumers,” he said.

Fries said that Liberty would not stop investing in the UK, and highlighted the company’s commitment to invest £3 billion in Virgin Media’s network, but speculated that other companies could begin to downscale their plans.

Fries said the European markets were economically “surprisingly steady” despite multiple political challenges, and highlighted that Liberty had experienced 45 straight quarters of growth.

Addressing cable’s interest in mobile following Liberty Global chairman John Malone’s recent public comments about the desirability of US cable operators grouping together to take over T-Mobile to give them a mobile play, Fries said that Liberty “believes in fixed-mobile convergence” and that he expects a situation to emerge in Europe where “there will ultimately be two fixed-mobile players in each country and we want to be one of them”.

He said Liberty Global had a mobile play in each country and he expected the US to go the same way.

“We have scale in our European markets and we need a mobile solution. We need seamless connectivity for our consumers. That connectivity layer is where it is at.”

Questioned about the Fries said Facebook and others like it defined video content “differently than we would”. He said the involvement of these companies was “positive” for Liberty Global and highlighted the fact that Netflix will be on all of the company’s networks in Europe.