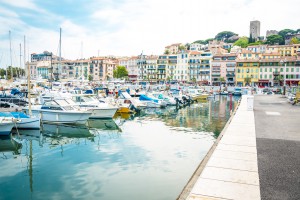 Canal+ has signed up as a partner with the Cannes mayor’s office to further the latter’s project to create new international TV festival focusing on series.

The mayor of Cannes announced last week that the city would launch a new TV series vent next year to match the scale of the Cannes Film Festival, as reported by our sister publication TBIVision.

The move followed a call by the French government to create an event that would showcase the country’s TV sector international, with Séries Mania founder Laurence Herszberg mandated to explore possible options late in 2015.

A six-person committee identified a number of possible sites for the proposed festival in December, including Cannes, Lille, Nice, Bordeaux and Paris.

However, Cannes mayor David Lisnard recently told the Les Echos newspaper that an event in Cannes focusing on series would go ahead next year, sitting alongside the existing MIPTV, regardless of the choice made by the French Culture Ministry.

Canal+ has now said it will support the Cannes event.

“Canal+ Group is delighted with this partnership and its collaboration with the city of Cannes, with which it has already worked for over 30 years in the are of cinema around the Cannes Festival. With this new partnership, the group is securing its position as a major player in French and European audiovisual content creation and contributing to its flourishing,” said Maxim Saada, CEO of Canal+.

“Cannes for its part is strengthening its role in becoming the global crossroads for content creation professionals and the distribution and sharing of cultural content, notably audiovisual content,” said Lisnard.

MIPTV organiser Reed Midem has meanwhile welcomed Lisnard’s initiative, and has said it is in discussion with the mayor’s office to take the project forward.

“Following Mayor of Cannes David Lisnard’s announcement that Cannes will host an international drama series festival in April 2018 alongside Reed Midem’s MIPTV, Reed Midem continues its discussions with the mayor’s office about this exciting project. We will consult our French and international clients to ensure that any new festival in Cannes will serve their interests, be beneficial for the global television industry and become a prestigious promotional event for France,” the company said.