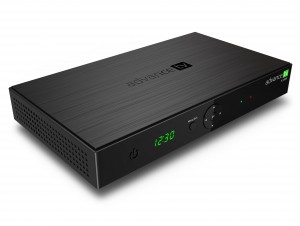 The advanced TV service, based on a 4K-capable box with four tuners supplied by Humax and a RDK-based platform with user interface supplied by Espial – which also acted as system integrator for the project – offers live TV and video-on-demand, multiscreen playback and an advanced EPG.

The platform, which is being rolled out across the networks of Tele Columbus and Primacom, the operator it acquired a couple of years ago, will include access to ProSiebenSat.1-owned video-on-demand platform Maxdome.

The advanceTV service is available to Tele Columbus and Primacom customers for €4.99 for a non-DVR version of the service, and for an additional fee for a DVR version with a 1TB hard drive. The maximum subscription charged is €7.99, according to Tele Columbus.

The service offers on-demand access to recent movies close to the DVD or Blu-ray release window. A transactional VOD service provides access to movies for 48 hours, available on multiple screens.

Other services on offer include apps from Vimeo, Flickr, Dailymotion, Google maps and Wikipedia. Apps are available for iOS and Android devices.