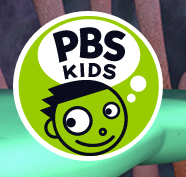 US pubcaster PBS is launching a US-wide PBS Kids channel for the first time.

Currently, PBS kids programming is shown throughout the US in a daytime block on the main PBS channel.

“As the only free national 24/7 kids’ TV service in the U.S., the PBS Kids channel will be a game changer for all families – especially our nation’s most underserved, many of whom do not attend preschool and rely solely on over-the-air television for media content,” said PBS president and CEO Paula Kerger.

Other announcements made at PBS’s TCA winter tour event included the commission of special Beyond a Year in Space, which is coproduced with Time Inc. and follows on from A Year in Space. Both are adapted from mag publisher Time’s digital video series following astronaut Scott Kelly’s 12-month stay on the International Space Station, and what itwill take to send humans to Mars.

The series – from Deep Indigo, Lookout Point and BBC Studios – will premiere on the PBS Masterpiece strand after a deal with BBC Worldwide, with PBS’s Rebecca Eaton now an executive producer.

Press is set in the world of contemporary newspapers, incorporating elements of the British phone hacking scandal that brought down News Corp’s bid to buy Sky in 2011, the 24-hour news cycle, and the industry’s battle with digital migration.

PBS is also working with Tangled Bank Studios to produce The Farthest (WT), a two-hour doc about the success of the NASAVoyager mission, which began 40 years ago this August.