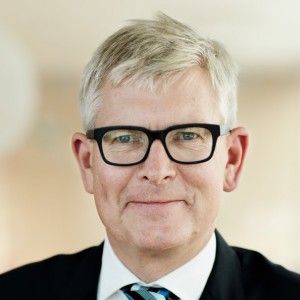 Magnus Mandersson, meanwhile, remains executive vice-president and advisor to the CEO, focusing on customer relationships, as well as chairperson of four out of Ericsson’s ten regions.

Both Frykhammar and Mandersson remain members of the Ericsson executive leadership team, as does Carl Mellander who remains acting chief financial officer.

“I am very excited to assume the role as president and CEO of Ericsson, a company that I have admired for as long as I can remember,” said Ekholm.

“Ericsson has shaped an entire industry and led technology developments that have benefitted so many. Yet, we are only at the beginning of the mobility journey as we in coming years will see massive transformation across industries as 5G is introduced.”

Leif Johansson, Ericsson’s chairman of the board, said: “I am confident that Börje Ekholm will be able to guide Ericsson on the next steps of the company’s development. Having served on the Ericsson board of directors for many years, Börje has a deep understanding of the business and the challenges Ericsson currently faces.”

Ericsson named Ekholm as its next CEO in October. He joins from his previous position at Patricia Industries, a division within Swedish investment company Investor, where he has been since 2015. Prior to this, Ekholm was president and CEO of Investor between 2005 and 2015. He has also served on Ericsson’s board of directors for the past ten years

Hans Vestberg announced he was stepping down as president, CEO and member of the board of directors at Ericsson last summer after a 28-year career at Ericsson.