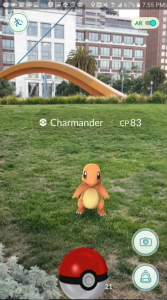 Mobile augmented reality (AR) could be the primary driver of the US$108 billion (€101 billion) virtual reality (VR) and AR market by 2021, according to new research.

Digi-Capital’s new Augmented/Virtual Reality Report 2017 claims that by 2021, AR will account for US$83 billion of the combined market and VR US$25 billion.

According to the research, the last 12 months have “fundamentally reshaped how the market could grow going forward”, claiming that while Facebook’s Oculus Rift and HTC’s Vive headset have had “growing pains at launch,” Pokemon Go’s success pointed to big opportunities in AR.

“The absolute performance of VR/AR in 2016 was not as important as how it changed the trajectory of the market,” said Digi-Capital.

“Where at the start of the year we thought 2016 could deliver US$4.4 billion VR/AR revenue (US$3.8 billion VR, US$0.6 billion AR), the launch year’s issues resulted in only US$2.7 billion VR revenue. This was counterbalanced by Pokémon Go’s outperformance helping AR to an unexpected US$1.2 billion revenue, for a total US$3.9 billion VR/AR market in 2016.”

Digi-Capital said that Samsung’s recall of it Galaxy Note 7 phones – which were intended to be a part of its VR ambitions – meant that “mobile VR didn’t get off to the flying start it could have”.

However, it praised Google as a “quiet achiever” with the launch of its Daydream View mobile VR headset and controller and its first Tango mobile AR phone.

The report also said that Sony’s Playstation VR launch and Microsoft’s upcoming Windows 10 VR will be “the boosters VR needs”, and described Microsoft’s offering as a “game-changer” at a price of US$299.