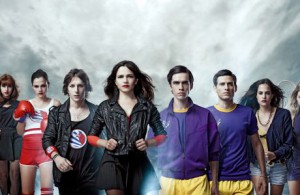 VIMN also has an option to acquire a controlling stake in Ananey in the future. VIMN’s senior vice-president, general manager for central and eastern Europe and Israel, Bartosz Witak, has joined the board of Ananey.

VIMN and Ananey are well-established business partners in the Israeli market. Ananey either licenses or represents a number of Viacom brands including Comedy Central, MTV, Nickelodeon and Nick Jr alongside its own channels and represents Viacom’s programming sales and consumer products business.

Under Ananey’s operation, including the supply of local productions, Nickelodeon has become established as the leading kids channel in Israel, reaching, with Nick Jr, 49% of the target audience.

One of Ananey’s productions, daily teen drama The Greenhouse, has delivered strong ratings for Nickelodeon in Israel and has been acquired by Netflix for a remake in the English language for international audiences this year. Ananey also produces digital and interactive content and apps, including a SpongeBob Master mobile app, available in Israel and Hungary, that will launch in the UK later this year.

“This deal will deepen our partnership with Ananey, which has delivered success for both companies over many years. We are delighted to cement our strong position in this valuable pay TV market and pursue new opportunities with a leading content producer in one of the most dynamic production sectors internationally. We have confidence that the Ananey team will continue to excel in the local and international market and we are excited about what the future will bring,” said David Lynn, Viacom’s former UK chief who was named as VIMN’s president and CEO yesterday.

“This partnership with Viacom is testimony to the strength and creativity of Ananey Communications Group. After years of successfully representing Viacom in Israel, we are honoured to take this partnership one step further; we believe together we will achieve even greater success in Israel and internationally. We look forward to working with Viacom to create new horizons for the traditional pay TV market and for the dynamic digital world and leveraging the strong Israeli start up market to advance our shared digital vision. I want to thank Viacom for this vote of confidence in our abilities and the team at Ananey, led by Orly Atlas-Katz, for everything they have achieved and all their hard work,” said Udi Miron, founder and chairman of Ananey Communications Group.