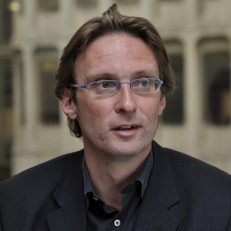 TV advertising revenue will remain resilient to digital disruption in the UK this year as the medium “continues to thrive” according to Deloitte.

In its Technology, Media and Telecommunications Predictions 2017 report, Deloitte predicted that the UK TV ad market will generate £5.3 billion in 2017 – flat compared to last year and an 8% increase on 2014.

In the US, it also said TV ad revenues will likely be flat from last year, with the industry tipped to generate in the region of US$72 billion in 2017 – despite this being a post-election year without major TV events like the Olympic Games.

“While a prediction for flat TV advertising revenues in 2017 might not sound too exciting, it is nevertheless a positive outlook for the industry,” said Ed Shedd, head of technology, media and telecommunications at Deloitte.

“The death of television has been declared all too often in recent years, yet TV continues to thrive and avoid following in the footsteps of other traditional media that have been challenged by digital technology.

“Commercial television – despite modest year-on-year declines in viewing numbers – is likely to be one of the few media capable of delivering, on a daily basis, audiences in the millions per programme. As long as this maintains, advertisers are likely to remain faithful to TV.”