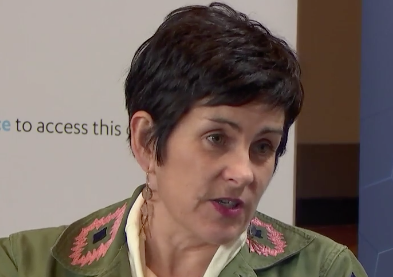 BBC Earth is looking to experiment with ‘haptic’ virtual reality experiences – involving a sense of touch as well as sight and hearing – and augmented reality experiences with information and graphics overlaid on video sequences, according to Charlotte Jones, executive producer at BBC Earth Productions.

Interviewed by James Kotecki for C Space Studio at the Consumer Electronics Show in Las Vegas, Jones said that creators were “still very much on the nursery slopes” and how to create and use VR content would take time to work out.

Jones said that BBC Earth had “looked into haptic”, meaning experiences that involved touch as well as sight and hearing.

“We think it will be big. The platforms we are working with haven’t given us opportunities on a commercial level – we aren’t working on any films with haptic elements in them, but of course we are well aware that this is something we’d like to get our hands on. We think that with the adventure format, this is something that could work really well,” she said.

Jones said that BBC Earth, the natural history partner of BBC commercial unit BBC Worldwide, would also be looking at augmented reality, involving the overlay of virtual elements on real video, this year. “Another opportunity to overlay information or experiences in your daily life is something that could be really extraordinary. There is a lot of interest in it but it still has a long way to go,” she said.

Highlighting that the technology is still at an early stage of development, Jones said that there is a danger currently that consumers could be switched off the virtual reality format by substandard VR content, and emphasised that VR experiences should be “short and good”.

“We are at a point in this platform’s evolution where if the consumers don’t see good content you are going to disappear into the trough of despondency,” she said. “On an innovation graph, you have a huge immediate take up of anything new, and when everyone is pouring out a range of quality of content, the mainstream consumer will look at it and say ‘is this really what I think it is?’ – and suddenly you have everyone having a downer about it.”

Jones said there was active movement to create good quality content. “Stories are being developed. It is easy in its basic form so we are now looking at how to create stories from it. The one thing that is really going to be important is to plug into emotion. Some of the VR stories that I have seen that plug into emotion are so much more engaging because you are totally immersed in it.”

Jones said that VR would nevertheless “slow progress” and would still be learning how to use the technology in five years time. “A lot will depend on unifying platforms and streaming so that for the consumer it is not as fragmented as it is at present,” she said.