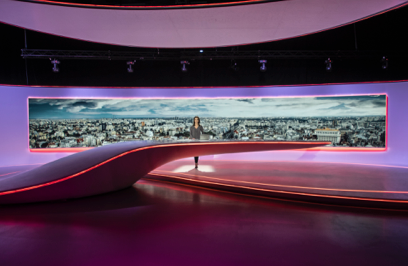 Intact said that almost 10 million Romanians watched its channels daily for a t least one minute during 2016, with seven million tuning in during prime time.

The group said that its market share for the whole day across all channels grew by 5% in December and by 9% by prime time compared to the same month the previous year.

Flagship channel Antena 1 grew its prime time share by 14% for the year, while its share across the whole day by 10%. About 8.1 million Romanians tuned into the channel each day.

Showbiz channel Antena Stars was watched by 3.2 million daily for the whole day during 2016, placing it among the country’s top 10 channels, boosted by the popularity of shows such as Vedetelionul, Star Awards, Răi da’ buni and Dosarele VIP.

Women’s oriented Happy Channel also boosted its showing, with a 67% increase in its prime time share and a 56% boost in its whole day showing.

Youth channel Zu TV doubled its audience in December, according to the group.