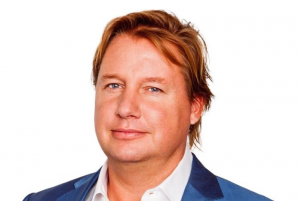 The agreement will see Stingray and Germany-based classical music media firm Unitel working together to distribute opera- and orchestra-focused programming.

The deal hands Stingray worldwide rights to a catalogue of 1,500 titles and 2,000 hours of premium content produced and owned by Unitel. Stingray plan to debut more than 50 music concerts each year, it said.

“The acquisition of Classica marks the logical next step in our product development strategy, and demonstrates our intent and ability to act as an industry consolidator,” said Eric Boyko, president, co-founder and CEO of Stingray.

“With an estimated ten to 15% of the population in major markets attending at least one classical music concert each year, Stingray is poised to respond to demand from discerning TV viewers everywhere.”

Classica launched in 1996, and is currently distributed in 40 territories, with an estimated 20 million subscribers. Its parent, Unitel, is more than 50 years old and has been part of Beta founder Mojto’s corporate group since 2004.

“In Stingray, we have found a partner with global reach who shares our vision of making the fascinating world of classical music accessible to the broadest and most diverse audience possible,” said Ernst Buchrucker, Unitel’s managing director. “Unitel will continue to produce top-quality world premieres as well as legendary opera and ballet recordings that will be featured on Classica.

“We are confident that with Stingray’s cooperation, UNITEL will expand its audience and bring the joy of classical music to enthusiasts around the globe.”