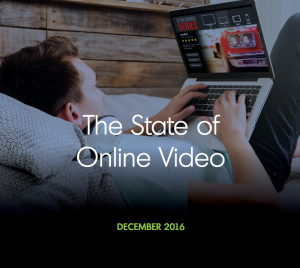 More than 68% people in the US subscribe to a video on demand service, with 34% subscribing to more than one service, according to the findings of new research by CDN provider Limelight Networks.

The latest ‘State of Online Video’ report, which surveyed viewers in the US and UK, found that just 48% of UK respondents subscribe to an online video service, with just 16% subscribing to multiple services.

In the US people were also more likely to use a streaming device, with 72% doing so compared to 65% of the UK respondents.

Overall, computer or laptop remained the most common device for online video viewing, though use of these devices has declined as smartphones continue to grow in popularity for watching videos.

For millennials, the study found that smartphones are already the primary device for watching online video – echoing the findings of a separate PwC report that also came out this week.

“Since our first survey in May 2015, the number of people using a computer or laptop as the primary viewing device has dropped while the use of a smartphone has risen significantly,” said the Limelight report.

“This trend indicates an increase in online video viewing throughout the day using a mobile device, rather than restricting online viewing to times of the day when a computer or laptop is available.”

Some 68% of millennials said they watched more than two hours of online video per week, compared to just over half of all consumers.

Gender divisions also produced differing results with 58% of men saying that they watch more than two hours per week, compared to less than 45% of women.

Respondents ranked television shows as the top type of content they watch online, followed closely by original content/YouTube, and movies.

“As adoption continues on mobile devices, expectations are for high-quality video anywhere, any time, on any device.”

The December 2016 State of Online Video report was based on a survey of 1,779 consumers ranging in age, gender, and education, based in the US and the UK.