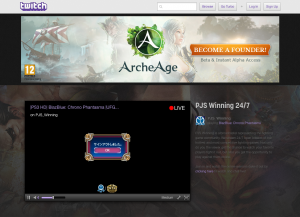 More than a quarter of French internet users are interested in eSports, according to audience research outfit Mediametrie.

According to Mediametrie, some 45.2% of the public have heard of eSports, with 15-24 year-olds, the professional middle-classes – the CSP+ category, in French marketing parlance – and 25-34 year-olds are, in that order, the groups most likely to be familiar with eSports, while the 50-plus age group, the economically inactive, and women are the three groups least likely to have heard of the phenomenon.

Among internet users familiar with eSports, just over a quarter – 26.3% – have watched an official competition on the internet or TV. A slightly higher number of overall internet users – 26.9% – say they have followed an eSports competition, rising to almost one in two – 44.2% – of 15-34 year-olds.

First-person shooter games such as Counter Strike or Call of Duty are the most popular genre among eSports fans, followed by strategy games such as Starcraft or Warcraft and sports games such as FIFA or NBA 2K in that order.

In October, 4.3 million French internet users visited one of the three principal eSports platforms – Twitch, Steam and Origin – at least once, meaning 9.1% of internet users aged two and above. This represented growth of 40% on Mediametrie and NetRatings’ survey of January 2014.

While eSports for the most part remains the province of specialised international channels, French TV channels are also getting in on the act. Mediametrie found that seven French channels have aired eSports coverage this year, against only two in 2014.