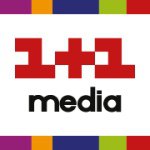 Ukrainian broadcaster 1+1 Media Group is to use capacity on SES’s satellite at 5 degrees East to broadcast eight channels.

Under a long-term agreement between the pair, 1+1 will lease of one transponder on the Astra 4A satellite positioned at 5 degrees East.

The capacity contracted by 1+1 Media will enable the group to host all of its eight channels on SES’s satellite. Seven of its DTH channels serve the Ukrainian market: 1+1, 2+2, TET, PlusPlus, Bigudi, Unian TV and Kvartal TV.

The other channel of the group, 1+1 International, is targeted at the Ukrainian diaspora in Europe, and is an international version of the 1+1 channel.

1+1 Media Group recentlystruck a deal to add the latter channel to a new OTT service aimed at expatriate and ethno-linguistic groups launched by Cisco in partnership with Sky.

“1+1 Media Group is one of Ukraine’s major players in the market. We have already been hosting some of the group’s TV channels. This new agreement brings our long-standing relationship to a new level, and we are very much looking forward to delivering all of 1+1 Media Group’s channels to both Ukrainian and international audiences,” said Ferdinand Kayser, chief commercial officer of SES.

“We have been relying on SES’s services over the past several years, and we are very pleased that our collaboration is expanding. SES has extensive experience in the Ukrainian market, and a proven track record in delivering top quality services. We are confident in SES as a partner in bringing our channels to our audiences in Ukraine and abroad,” said Yaroslav Pakholchuk, chief operational officer of 1+1 Media Group.