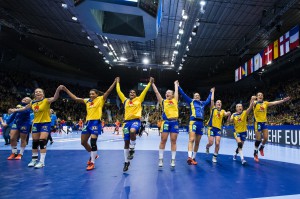 Matches will be broadcast on MTG’s video streaming service Viaplay and Viasat pay-TV channels in Sweden, Norway, Denmark and Finland. Matches involving the Nordic teams, as well as the semi-finals and final, will be shown on MTG’s free-TV channels in each country. The coverage will also include local commentary, studio interviews, feature programming and highlights shows.

The 2016 women’s EHF European Handball Championship is currently taking place in Sweden, and is being broadcast by MTG in Sweden and Norway. MTG also holds the rights to the 2018 competition.

Peter Nørrelund, MTG’s EVP and CEO of MTG Sport: “Handball attracts large and loyal audiences in the Nordic region. The current women’s championship in Sweden is getting massive attention, and in 2018 and 2020 we will make the championships more broadly available than ever before – enabling as many fans as possible to watch live and on any device.”

Stephan Herth, executive director Summer Sports at Infront said: “Handball and EHF Euro are extremely important and popular in the Nordic countries hence the digital, highly engaged sports fans want access both to the best sport and to world-class commentary and production – whether in front of your UHD TV at home, or on the go with your mobile. MTG’s multi-platform offering and expertise represent the perfect response to these requirements.”

Separately French broadcaster TF1 has secured exclusive free-to-air rights for men’s World Handball championship in France. The broadcaster will air the quarter final and the semi-final in the case of qualification by France’s team.

TF1 will also air the quarter final and semi-final of the women’s championship in the case of qualification by the French national team.