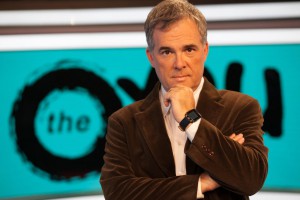 US local TV group Sinclair Broadcast Group is teaming up with ‘best-of-the-web’ broadcaster The QYou to launch TBD, a new over-the-air TV network that will deliver digital-first programming to US homes aimed at a millennial audience.

TBD, Sinclair’s second ‘multicast’ launch – essentially an additional digital-terrestrial service delivered via an unused portion of spectrum allocated to the broadcaster – will include web series, short films, fashion, comedy, lifestyle, eSports, music, and viral content, curated through partnerships with creators, including some of the digital companies such as Jukin Video, Legendary Digital Networks, Whistle Sports, Kinonation, Zoomin’ and Canvas Media Studios, among others.

Sinclair will retain The QYou, the curator of online video culture for television, to programme the network and to provide creative support.

The QYou will license and package digital-first content for television. The QYou said that the deal combined its content expertise with Sinclair’s expertise in broadcasting and distribution to bring the channel to multiple platforms.

Sinclair had previously teamed up with MGM Television to launch sci-fi and horror-skewed channel Comet as a multicast service.

Speaking to Digital TV Europe, The QYou’s CEO Scott Ehrlich said that the channel differed from The QYou – a pay TV service made available internationally via operator partnerships – in that it is advertising-supported and has been created with one particular market in mind.

“TBD is very much an American product for the US market. With Sinclair we get access to meaningful distribution so we can focus on US content,” said Ehrlich, adding that the company had not ruled out a US launch for The QYou, which includes a mix of content aimed at a broader international audience.

“We may bring the Qyou to the US as a premium channel but with TBD we can showcase individual programming partners,” he said.

TBD is owned by Sinclair, with The QYou operating the servie and licensing content for it. Ehrlich said that the company could replicate this partnership model to launch ad-funded free-to-air channels in other international markets.

“We think this is a model we can replicate in certain countries. We can curate, license and package content and marry it with the expertise in advertising of a strong local partner. We have heard from the market place that the more localised the content is, the more relevant it is,” he said.