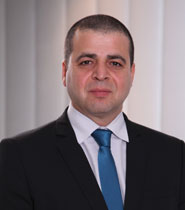 UAE-based satellite broadcasting company Yahlive has struck a deal with Adriatic Tours S.L., owners of Alpha One RTV Network, to launch an expanded bouquet of channels for the Balkan diaspora in the Middle East and North Africa.

The bouquet, along with other free-to-air channels, is available to anyone in the MENA region that can receive signals from the Yahsat 1A satellite located at 52.5° East.

This latest move forms part of the partnership deal struck in October 2015 with Mahir Zisko, general manager od Adriatic Tours S.L., which saw the introduction of the first Balkan TV bouquet for the Balkan community in Europe.

The launch of an expanded Balkan bouquet on Yahlive follows  the latter launch of 57 Algerian channels of which 36 are exclusively available on the platform.

The company says it has tripled its free-to-air channels in the region to over 247, 147 of which are exclusively available through Yahlive, in the last three months.

“Our expanded offerings are designed to bring tailored content to different communities; hence we broadcast channels that are culturally and socially relevant. The Balkan community, living in MENA, holds immense significance for us and we are delighted to be able to air their favourite TV channels through Yahlive,” said Ammar Baranbo, Yahlive’s chief operating officer.

“Today, Yahlive’s viewers have access to hundreds of channels in more than 12 languages. We are committed to working closely with broadcasters to ensure that we are offering more free-to-air TV channels to niche communities across our coverage area.”