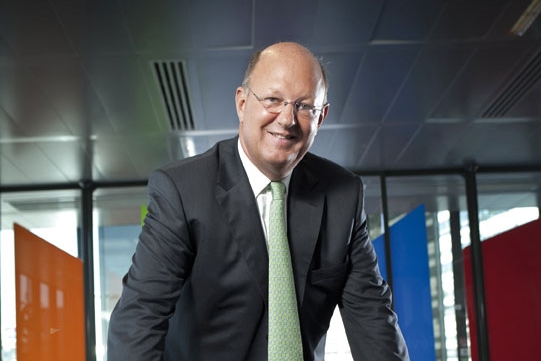 Former France Télévisions director-general Rémy Pflimlin has died at the age of 62.

Pflimlin died on Saturday. According to French press reports, he was hospitalised a month ago at the Pitié Salpêtrière hospital for cancer treatment.

“It is with great sadnsess that Delphine Ernotte -Cunci, director-general of France Télévisions, the management and employees have learned of the death today of Rémy Pflimlin,” said the public broadcaster in a statement.

The broadcaster said that Pflimlin had been a “fervent defender of public media and its values”.

Ernotte-Cunci said: “This is a shock for all of us, a loss to public service.”

Pflimlin had headed up France 3 for six years from 1999-2005, before taking over as head of the group between 2010-15. He continued to serve as president of the administrative council of French international channel TV5 Monde until June of this year.

He also served on the boards of organisations including Arte France and the Conservatoire National Supérieur de Musique et de Danse.

He was the first and only head of the public broadcaster to be appointed directly by the French president – in this case Nicolas Sarzkozy. During his time in charge, Pflimlin nevertheless was perceived to defend the organisation’s editorial independence. He also oversaw reforms intended to create a more cohesive and rational organisation, unifying the leadership of flagship channels France 2 and France 3.

He is also credited with revitalising France Télévisions’ output, focusing on drama series in place of one-off films. At France 3 he had been responsible for the creation of one of France’s most popular long-running series, Plus Belle La Vie.

From 2012, Pflimlin had to deal with the effects of drastic budget cuts to the tune of €300 million imposed by the government.

He stood for a second term as director-general under the new system introduced by President François Hollande, whereby the appointment was made by media regulator the CSA, but lost out to former Orange France chief Ernotte-Cunci.