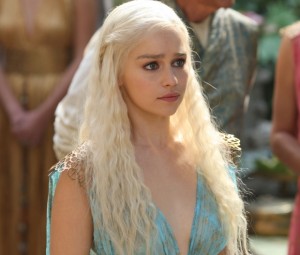 Amazon has struck a deal with HBO to include HBO and its Cinemax offering on its Amazon Channels à la carte pay TV offering in the US.

The deal means that Amazon Prime members can sign up for a monthly HBO subscription for US$14.99 per month.

The agreement means that Prime members can watch the latest episodes of HBO shows including Westworld, The Night Of, and Divorce, Game of Thrones and Silicon Valley and movies including Deadpool, Straight Outta Compton, and Steve Jobs.

Prime members will receive a 30-day free trial and then pay US$14.99 per month thereafter.

HBO – including series, original films, miniseries, sports, documentaries, specials and a wide selection of blockbuster movies – is available from today.

Cinemax is also available on Amazon Channels for US$9.99 per month. Prime members can view original series like The Knick, Quarry, Outcast, Banshee, and Strike Back as well as movies including American Sniper, Mad Max: Fury Road, Pitch Perfect 2and Vacation. Trainwreck and Jurassic World will arrive in December.

“HBO has produced some of the most groundbreaking, beloved and award-winning shows in television history. Their selection of blockbuster movies is unsurpassed, including hits like Batman vs. Superman, The Revenant, and Deadpool. And, our customers have been asking when all that wonderful content will be available on Amazon Channels. Prime members can now watch the latest episodes of the critically-acclaimed Westworld and Game of Thrones without the need for a cable subscription. We’re thrilled to work with HBO to bring their cutting-edge content to Amazon Prime members with Amazon Channels,” said Michael Paull, vice-president, digital video, Amazon.

“For years now, Amazon has demonstrated an incomparable capability for bringing customers exactly what they want, in all the ways they want it,” said Sofia Chang, executive vice-president, Worldwide Digital Distribution and Home Entertainment, HBO.

“We have a very successful partnership with this great company that continues to evolve. We share the goal of providing Amazon customers more ways to access all of the high-quality HBO and Cinemax programming they’ve been asking for.”