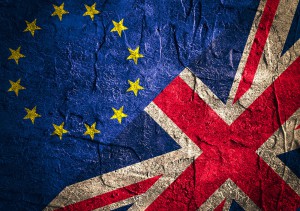 The UK Treasury has pledged to underwrite any shortfall resulting from content companies receiving EU funding when Brexit is enacted.

There has been widespread concern and confusion among UK producers about the status of projects receiving Creative Europe funding when the UK exits the European Union, which will happen following the result of June’s national referendum.

In the immediate aftermath, producers said the message from the Creative Europe desk was it is business as usual. There was, however, a lack of clarity over the status of UK-originated projects receiving funding that will be still be in development or production when Brexit finally happens.

The BFI, which administers the Creative Europe Desk UK programme with the British Council, confirmed that the Treasury will underwrite any shortfall resulting from such an overlap. The commitment actually dates back to August, but word has not been widely disseminated in the UK production community.

At that point, UK Chancellor Phillip Hammond guaranteed continued funding  for companies that won EU funding. He specifically mentioned universities in his statement, but Creative Europe said its funding schemes also count as ‘competitive funds’, meaning the same principle holds for its schemes.

Yesterday, Creative Europe issued its call for proposals for The Slate development fund, which covers animation and docs. The BFI and British Council confirmed to TBI that Brexit shortfalls will be covered for this scheme, as described above, and added that its understanding is that this will apply to all Creative Europe schemes such as its TV Programming  scheme

The guaranteed funding is good news for UK producers, with calls as recently as this week for the government to ensure any EU pots of money are replaced by UK authorities as Brexit takes place.

The European Commission has also moved to assuage fears there will be an anti-UK bias against UK companies amid hostility to the UK over its decision to leave the EU.

Furthermore, Brexit will not necessarily mean the end of access to Creative Europe, a spokesman told TBI, noting that content companies from non-EU member states including Iceland and Norway are eligible. That, however, is contingent upon the country in question complying with certain EU regulations and paying a financial contribution.

Whether the UK fits into that bracket will depend upon its government’s exit talks with EU authorities and whether the country ends up opting for a ‘hard Brexit’ or not.

Creative Europe is at pains to note that until the UK exits the EU, funding will come from the European Commission, as has historically been the case. This will apply to this year’s submissions and likely those for 2018.