Sony and iQIYI in streaming first 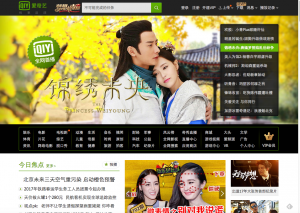 Sony’s TV arm has teamed with Chinese ISP iQIYI and the pair will make a Chinese-language adaptation of US drama Chosen.

The Mandarin-language co-production will be delivered as a three-parter for the iQIYI streaming service. The Chinese company and Sony Pictures Television announced the news at a press conference in Beijing yesterday.

Chosen was an original for Sony’s Crackle streaming service. The US version starred Heroes‘ Milo Ventimiglia and the show follows a husband, father and lawyer, who awakens one morning to discover a mysterious box on his door with a loaded gun and a photo of a stranger he is instructed to kill.

The new version will be made by SPT’s Australia-based drama production company Playmaker Media with support from Australian funding body Screen NSW.

Yang Xianghua, iQIYI’s senior vice president said: “Quality control is key to the development of any industry and iQIYI strives to make the best possible resources available toraise the level of crafting in net film production.”

He added: “As an online video service provider, iQIYI’s future hinges upon not only its role to continue to be a leading platform for content from partners, but also its position as a pioneer to produce original and well-crafted content, particularly premium internet films.”