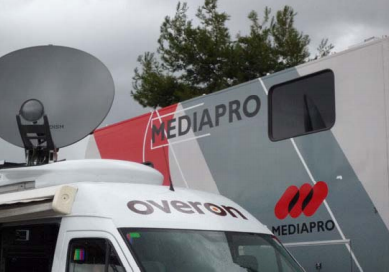 Spanish broadcaster Mediapro is to make 4K 360° replays of a forthcoming El Clasico football match between Real Badrid and Barcelona available for the first time in partnership with Spanish football league La Liga.

BeIN LaLiga, the official broadcaster for La Liga in Spain, has created a 24-hour channel in the week leading up to El Clasico. beIN LaLiga Max 1 has become beIN Max El Clasico with over 100 hours of coverage focusing on the fixture.

The BeIN LaLiga channel’s second screen coverage on beIN Max El Clasico where viewers will be able to see every replay with 360° footage, as well as shots and perspectives that will not be used on the main channel.

The match, to be aired this Saturday, televised by Mediapro as official La Liga producer, will reach over 185 countries courtesy of more than 50 international LaLiga Santander rights-holding broadcasters.

Spanish viewers will be able to view the match in 4K for the first time. 4K broadcasts have hitherto been made available by Telefónica’s Movistar and Vodafone at public venues.

Mediapro is deploying six DSNG vans and eight 4K cameras, as well as a team of over 400 people, from directors to technicians and producers.

A total of 37 fixed cameras will be in place at the Camp Nou, along with 38 cameras using Intel’s 360° technology, HD cameras and 5K – allowing digital zoom without a reduction in quality, according to Mediapro – which will provide viewers with replays and multi-perspective views, claimed by the broadcaster as a first for a European league. The technology means parts of the play can be viewed from different angles.