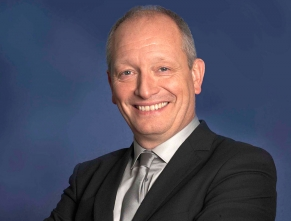 Fox has ordered The Nine, a ‘Le Carré meets Bourne’ spy thriller, and the first ever drama original for its channels in Europe and Africa.

The Fox Networks Group Europe and Africa unit will show the eight-part scripted series in 50 territories across its footprint.

The show hails from Matthew Parkhill (Rogue) and Simon Maxwell (American Odyssey) and Red Arrow-backed UK prodco Endor will make it for Fox.

Fox Networks Group Content and Distribution will sell it internationally.

Set in the UK, US, Iran, Lebanon and France, the series follows Max Easton, an ex-spy, who is brought back into the game to avenge the death of his son.

Discussing the show, Maxwell and Parkhill said: “We wanted to tell a story set against the backdrop of our dangerous and uncertain times. The Nine unfolds through the eyes of a man caught between two versions of himself, the past and the present.”

The Nine (WT) was commissioned by Jeff Ford, who added original production to his Fox remit last year, and Sara Johnson, who joined as drama VP for Fox Networks Group Europe and Africa in September.

“Following the huge success we’ve had with our Fox global content, we made a commitment to develop drama for this region specifically, that has the potential to be a success worldwide,” Ford said.

“We are known for quality, premium content and we are thrilled to be partnering with some of the industry’s finest European talent, with global credits, to bring this ambitious and addictive new drama to our 250 million viewers across the territory”.

The Nine is the first regional drama to be developed by FNG Europe & Africa. Pre-production starts in the New Year.