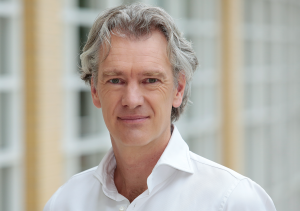 Rijssemus will be run IDTV, overseeing new shows and working up formats from the All3Media catalogue for the local market.

The permanent CEO role has been vacant since Karin de Groot left to become a channel manager at SBS6.

The new IDTV boss has been director of media at KRO-NCRV since 2014. He was at KRO previously, before its merger with NCRV. He has also been managing director at SBS Productions, having been head of news department at the commercial channel before that.

“I am very excited to start working for IDTV,” Rijssemus said today. “It has a great tradition in the Dutch market for its innovative television programming and talented employees. It is truly a privilege and I look forward to working for such a fantastic company.”

Rijssemus will start at IDTV in March 2017 and he will report to Markus Schäfer, All3Media Deutschland CEO.

IDTV is part of the All3Media Deutschland following a recent reorganisation that saw the German unit restructured under Schäfer’s leadership. At that point All3Media boss Jane Turton said the Liberty and Discovery-backed company is targeting growth from its Dutch business.

Today, she added: “I amdelighted to welcome Taco Rijssemus to the All3Media group and look forward to working with him and the team at IDTV as they grow the business.”

Markus Schäfer said: “I am happy and proud that Taco Rijssemus decided to join our group. He is a high profile executive with a fantastic reputation in the Dutch market. Under his leadership IDTV will further grow and become an even more valuable part of group.”