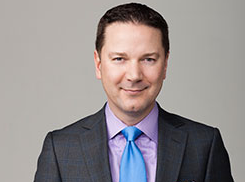 Michael Klein is leaving MTV after just six months as executive VP, original content. Klein joined in March, following the exit of Susanne Daniels after she left to join YouTube, and his departure marks another shift in programming strategy at Viacom’s MTV channels.

Klein helped launch Condé Nast Entertainment and has also worked at Discovery and TLC with programming credits including Vanity Fair Confidential, Man V. Food, and TLC pair What not to Wear and Miami Ink.

His exit is the latest in series of exec changes at MTV. Klein was brought in by Sean Atkins who replaced Stephen Friedman at the helm of MTV.

Atkins then left after a less than a year in the position to be replaced by Chris McCarthy, to whom Kelin then reported. McCarthy who told staff about Klein’s decision to leave in an internal memo yesterday.

“We’ve been discussing his role these past few weeks, and it’s clear he signed on to the job under different circumstances to pursue a different strategy,” McCarthy said.

The new MTV chief has yet to unveil his full executive team, but told staff that this will happen soon.

“We’ll have news to share soon about new leadership for programming and development,” he said in his memo. “I’m confident that together we’ll continue to break new ground, connect with our young audience, and elevate our brand.”