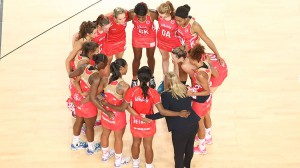 Sky Sports has signed a four-year deal with England Netball to secure rights to live Netball matches, including both domestic and international games.

Every netball match shown on Sky this season will be available on Sky Sports Mix, beginning with England’s series against Jamaica later this month.

The channel, which Sky recently launched with the aim of bringing a range of different sports to a family audience, will show matches of the England Roses and all matches from the Vitality Netball Superleague. In addition to international and Superleague netball, Sky Sports will broadcast every game from the yearly Quad Series.

Barney Francis, Sky Sports managing director, said: “Sky Sports is getting behind netball like never before. Over the past few years netball has been a huge hit with our viewers and it is fantastic that more people than ever before will be able to watch it on Mix. Sky is an unrivalled supporter of women in sport and we really recognise what an important time this is for women’s sport.”

Tracey Neville, England Netball coach said: “The four-year agreement builds on the previous success of Sky’s coverage of the Vitality Netball Superleague, in which fans watched Surrey Storm lift the trophy last season in dramatic fashion. Viewers can look forward to following their local team in the Superleague with matches being shown regularly throughout the season, alongside exclusive coverage of the semi-finals and Grand Final. Sky’s coverage begins on 18 February.”