HBO launches in Spain with Vodafone 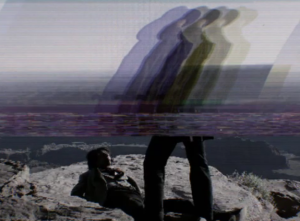 HBO has launched its Spanish service. HBO España is currently available exclusively to Vodafone customers in the country through a deal struck in May.

The service will offer HBO’s series including Game of Thrones, Westworld, Veep, Silicon Valley, Sex and the City, The Sopranos and The Wire, but will also serve up content from other providers as well as movies, documentaries and family content from Disney and Nickelodeon.

The exclusive deal with Vodafone will effectively replace a similar exclusive arrangement between the operator and one of HBO’s main competitors in the market, Netflix.

Vodafone’s rival Orange struck its own deal with Netflix to include the global SVOD leader’s service in its own TV offering in Spain in October, with three months’ free access available to subscribers to its Cine y Series package available from November 1.

Under Netflix’s deal with Orange, rival operators will not be able to promote the streaming service in a similar way for the duration of the contract between the pair.

The third major Spanish ISP, Telefónica, recently committed to upping its investment in original content to combat the threat posed by Netflix. Telefónica, which offers its own premium streaming service Movistar+ – formerly Yomvi – recently commissioned a drama series based on the 2010 best-selling novel Dime Quién Soy and set an objective of producing six to eight series each year from 2017.

HBO’s SVOD service will be priced at €7.99 with a one-month free trial for all new subscribers. Subscribers can register five different devices to and watch two streams of dubbed and subtitled content at the same time from the same account.

HBO España is available on Apple TV, Chromecast, Android mobile devices and the web as well as Vodafone TV currently.

The deal with Vodafone is geared to gaining take-up of the operator’s bundled and top-tier offerings.

Vodafone is offering three months free to its Vodafone TV Total package including HBO to customers of its Vodafone One internet offering for €25 a month, while mobile subscribers with the Vodafone Red M package will also receive three months of HBO for an inclusive price of €28.

Outside the promotional offers, Vodafone’s TV Total premium tier TV customers will receive HBO as part of their regular subscription. Broadband and mobile customers with some top-tier packages will be entitled to view HBO at no extra charge for two years.

According to data provided by Spanish competition regulator the CNMC, SVOD has yet to take off in Spain. According to its Household Panel survey, based on a sample of about 4,700 homes, Movistar+/Yomvi is the market leader, present in 7.8% of homes, followed by Netflix with 1.8% penetration and Wuaki.TV with 1.1%.