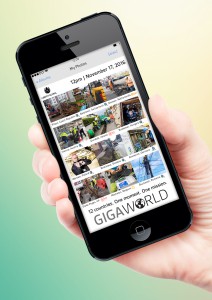 Focusing exclusively on fibre-to-the-premises is likely to be counter-productive in enabling Europe to reach the Gigabit Society goals set by the European Commission, according to a report commissioned by cable group Liberty Global.

The report argues that a range of technologies currently considered “very high-capacity” by the Commission, including G.Fast close to the end user, fibre-to-the-building or premise, DOCSIS and fibre-to-the-home, are all capable of meeting the 2025 targets.

However, deploying very high-capacity networks based on DOCSIS, Gigabit speeds could be achieved as early as the end of 2017, eight years ahead of schedule and at a lower cost than FTTP, it says.

The report warns against any move by policy makers to favour FTTP at the expense of other technologies.

“The wrong intervention could be wasteful, or even damaging. For example, support for an expensive and slow-to-deploy technology could drive up prices and paralyse investment in other technologies which might have delivered improved performance more quickly,” it says, citing what it identifies as examples of counter-productive policies in Australia, Korea and Japan.

The Commission’s vision of a Gigabit Society by 2025 will require investors in broadband networks to deploy a range of technologies when connecting homes and businesses to ultra-fast broadband, including G.Fast, fibre-to-the-premise (FTTP), DOCSIS and 5G, according to the report.

Liberty Global claims that its networks reach about 50 million Gigabit-ready homes and businesses in Europe and Latin America. The group has launched a new campaign called GIGAWorld highlighting its plans to bring Gigabit internet speeds to the 12 European countries in which it operates.

Robert Kenny, founder of Communications Chambers and co-author of the report, said: “Thanks to investment already under way by cable operators, Gigabit broadband will be available to roughly half the premises in Europe by 2018 – far ahead of the Commission’s target of 2025. This will allow the Commission – and member states – to focus elsewhere, where interventions are necessary.”