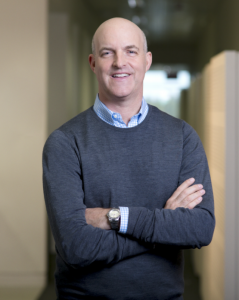 Lang, who will report to Discovery Networks International president and CEO JB Perrette in his new role, will be responsible for leading the overall business of the Nordic region consisting of Norway, Sweden, Denmark and Finland.

Since joining Discovery in April, Lang has worked on digital initiatives including the recently-announced joint venture with Major League Baseball Advanced Media to launch BAMTech Europe, which will provide distribution platforms for sports, news and entertainment clients including Discovery’s own Eurosport Digital.

Discovery is among the top three broadcasters in the Nordic territories through its ownership of TV Norge and Kanal 5 as well as its international brands. Discovery said that the region would also be key to its sports ambitions in Europe, particularly following its acquisition of rights to the Olympic Games from 2018.

In his capacity as DNI’s Nordic chief, Lang will take over some of the responsibilities previously held by Dee Forbes, whose role as president and managing director of Northern Europe was split after her departure, with Susanna Dinnage taking over as president and managing director in the UK and Ireland, and Benelux being headed up by Alco De Jong under DNI’s CEEMEA division, headed by Kasia Kieli.

Forbes left Discovery in April to take over as the first female director-general of Irish public broadcaster RTÉ.

Lang will continue to head up DNI’s corporate development and digital efforts outside the US, in which capacity he will report to Bruce Campbell, chief development, distribution and legal officer.

“In a little over six months, Mike has delivered tremendous value to our business, such as our ground-breaking BAMTech Europe partnership with Major League Baseball Advanced Media.  He is a visionary and strategic leader, who will build on these strengths and unlock new opportunities for our Nordic business,” said David Zaslav, president and CEO, Discovery Communications.

“I have known Mike a long time, and he has always demonstrated a unique blend of operational expertise, business development and transformative thinking. Expanding Mike’s role to lead the Nordics business will help us to further secure long-term growth with the help of the highly experienced Nordic management team led by Harald Stromme and Christian Kemp,” said Perrette.