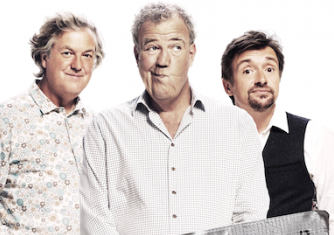 E-commerce giant Amazon reported “millions of Prime members” in the US, UK, Germany, Austria and Japan had streamed the series’ first episode over the weekend.

This means the big-budget petrolhead series replaces Frank Spotnitz-created drama The Man in the High Castle as the most-watched premiere for an Amazon original.

Further to that, Amazon claims the day The Grand Tour’s debut ep was released (Friday, November 18) saw a spike in membership sign-ups that “exceeded all previous days with the exception of Amazon’s renowned Prime Day”.

It is, however, impossible to properly verify any of Amazon’s ratings claims, as the SVOD service does not release exact viewing figures. Similar criticism has been levelled at Netflix, which also refuses the release viewing data.

Amazon’s press statement trumpeted that more than 15,000 Amazon customers had rated the show 4.9 stars out of 5, that it has become the top-rated film or TV show on iMDB.com, and that it had a 97% approval rating on critics site Rotten Tomatoes.

Amazon is releasing new episodes of The Grand Tour over the next eleven weeks. The show is also getting a worldwide premiere in 200 territories on a transactional VOD basis in December.

The Grand Tour follows former Top Gear trio Clarkson, Richard Hammond and James May as they travel the world testing cars, putting together vehicle-related stunts and spectacles, and film studio sections with guests.

The presenters’ prodco, W. Chump & Sons, is the production company. They had exited their popular BBC series, Top Gear, after Clarkson struck and verbally abused a producer.