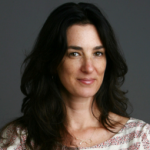 Discovery has brought in Rebecca Howard to head up its virtual reality content efforts.

Howard will be based in LA and workon the Discovery VR app and content. She has been consulting on digital business initiatives for Discovery. Prior to that she was in charge of video at The New York Times publishing group. She has also been at AOL/Huffington Post and a vice president of production at Fox Digital Studios.

Head of Development at AOL/Huffington Post Media Group, where she oversaw the production, development and launch of original scripted and non-scripted series, and as VP Production, Fox Digital Studios at 20th Century Fox.

In her new role she will report to Karen Leever, executive VP and general manager of Discovery Digital Media. “I am thrilled to have her join the team, and look forward to seeing her passion for connecting new technologies and engaging content to create best-in-class digital experiences across Discovery’s first-mover VR and digital platforms,” she said.

Discovery has been in the vanguard of VR content and apps, experimenting with drama, 360-video, full immersive VR and sport content via its Eurosport net.

Howard said: “Discovery has a steadfast commitment to continually finding new, innovative ways to engage audiences, and as first movers in virtual reality, I’m looking forward to working across the company’s award-winning portfolio to drive this mission forward as new innovative mediums like VR are rapidly changing the media landscape.”