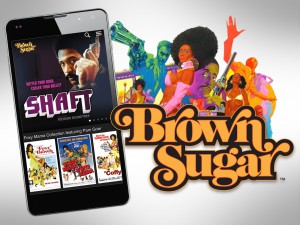 Brown Sugar, a new subscription video-on-demand movie service billing itself as “Netflix, only blacker”, has gone live in the US.

The US$3.99 per-month service includes iconic film titles such as Shaft, Super Fly, Foxy Brown, Black Caesar, Cleopatra Jones, The Mack, Cotton Comes to Harlem, and Car Wash as part of its catalogue.

Foxy Brown actress and Brown Sugar spokesperson, Pam Grier, said: “Brown Sugar is just like Netflix, only blacker. These movies are entertaining and fun, but they were also empowering to the black community as they depicted African Americans as strong leading characters and heroes for the first time.”

Fred ‘The Hammer’ Williamson, another actor and site spokesperson who appeared in films including Black Caesar, said: “You wonder why we call it Brown Sugar? Because it’s badass – like me. Brown Sugar is the coolest streaming movie service on the planet.”

Brown Sugar is available on the web and as an app for iOS and Android.